This huge amount has been put on monthly instalment of Rs. 3,000 pm.

This bill was shown on Dunia TV. The Muslims around the world believes in the sole authority, Almighty Allah. Muslims are the only nation who shares the similar religious festivals on the same days globally. They follow the Islamic calendar that goes on with the appearance of the moon. In the religion, no one has supremacy except for Allah and everyone is equal.

Before partition India, Pakistan and Bangladesh were collectively called sub-continent. There had been Muslim empire then the British ruled there so the three nations possess identical history. The Muslims living in these states were subject to the cruelty of the British and had given sacrifices to be independent.

They had suffered a lot in the British rule along with the people of other religion like Hindus and Sikhs. The Muslims were well mingled with the other nations and share the cultural values with them. The Muslims enjoyed many festivals that were not in Islam. After partition, the states do change but the people did not. The immigrants of the partition got settled in Pakistan and Bangladesh. Those who found India safe remained there.

Today the three countries are independent but they have same roots that are linked with the past. Pakistan and Bangladesh are the Muslim states but India is a communist country. Although in India, the majority of the people are Hindus but the Muslims are the second majority.  All the Muslims of the three states are one under the flag of Islam being religious brothers.

The forefathers were from the sub continent so they have similar cultural values. The languages have familiar words as living together they have adapted the words of one another languages. The food taste is more or less alike and these are the only states were chapatti roti is cooked. Muslims in the three countries eat meat with added spices, rice, vegetables and pulses with the roti. The people are mostly engaged in farming and earn their living   through crops.  The dressing style is similar. They wear covered and loose dresses. Women wear dupattas and hijabs to cover themselves.

The Muslims of Pakistan, India and Bangladesh follow the same wedding traditions. They have adapted some values of Hinduism like the mayon ceremony before nikah and dowry but they also have the reception as the last function of the wedding, which is necessary in the religion. The Muslims living in these three countries are identical in color and it’s hard to distinguish between the citizens of a particular country among the three. They also share together rivers and mountain ranges. Due to territorial demarcation there are hidden grudges in their hearts but the religious uniformity make them stand together during Eids and Hajj. 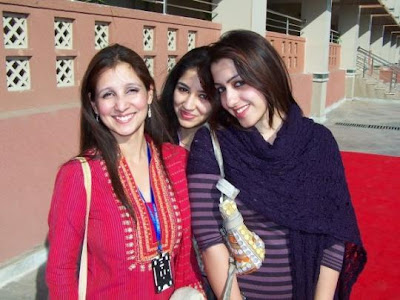